A Breath of Fresh Air

The Rochester Repertory Theatre’s 2017-2018 season is awash with all the joys and freckles life can send our way. It all begins Friday, September 15, 2017, with a sideways peek into the mindset of Anton Chekhov. This time Neil Simon has penned a composite of short plays that are affectionate, infectious and just plain fun. The Good Doctor will set the tone for a fun-filled season of three plays and two musicals you won’t want to miss. 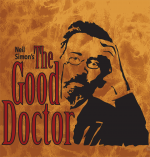 A Comedy by Neil Simon

Simon has concocted a laughter-filled event of short plays inspired by the writings of Anton Chekhov. The activity bounces from the rantings of a harridan upbraiding the bank manager for his gout and his lack of money, to a father determined to introduce his son to the mysteries of becoming a man, to the classic tale of the man who offers to drown himself for three rubles. The stories are droll, the portraits affectionate, the humor infectious, and the fun unending. After all, it is Neil Simon!

Every Christmas Story Ever Told (and then some)! 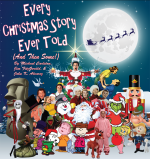 Instead of performing Charles Dickens’ beloved holiday classic for the umpteenth time, three actors debate (then agree) to perform every Christmas story ever told — plus Christmas traditions from around the world — plus seasonal icons from ancient times to topical pop-culture, AND every Christmas carol ever sung. This madcap romp through the holiday season accomplishes the small miracle of making all Christmas myths seem both utterly ridiculous and absolutely essential. Yes, Virginia, you can have your fruitcake and eat it, too. 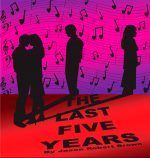 A Musical by Jason Robert Brown

This uniquely structured, emotionally powerful musical is the story of two New Yorkers in their twenties who fall in and out of love over the course of five years. Cathy tells her story backward, beginning at the end of their marriage. Jamie tells his story chronologically, starting just after the couple first met. Their stories and the two characters intersect only once — at their wedding.

The Memory of Water 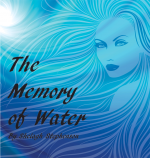 A Comedy by Shelagh Stephenson

A touching and hugely entertaining comedy revolving around the lives of three sisters reunited on the eve of their mother’s funeral. Through their quarrels over funeral arrangements, their well-worn family roles, their unsatisfactory men and their mixed memories of their highly feminine working class mother, Stephenson leads us into an examination of memory and family that captures perfectly the idea of ‘what normal people do in abnormal times…’

Winner of the Olivier Award for Best Comedy 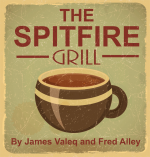 A feisty parolee follows her dreams to a small town in Wisconsin and a job working at Hannah’s Spitfire Grill. The only eatery in the depressed little town is up for sale with no takers. Until the newcomer, Percy, suggests raffling it off for the price of $100 and an essay on “why you want the Grill,” hope is on the back burner. When the entries start arriving by the wheelbarrow-full, things are definitely cookin’ at the Spitfire Grill.