As the Rochester Repertory Theatre launches its 2016- 2017 season we want you share in the escapades, as well as all the fun-filled adventures, that we have in store for our 33rd season. With our mission and tradition as a launching pad, we celebrate another exciting season of bringing you the very best of theater.

It all begins Friday, September 9, 2016, with a special “back-to-school” treat with a group of misfit tweens participating in a gently risqué but always charming musical comedy, “The 25th Annual Putnam County Spelling Bee,” and is topped off with a charming and witty springtime wedding in “Wedding Belles.”

You won’t want to miss any of the five wonderful plays we have in store for you. We promise to challenge and entertain both our audience and our artists alike. You will enjoy a generous dose of laughter and drama as only the Rep can present it. Allow us to divert your thoughts and emotions from the ”everyday,” to lighten your heart with laughter, strengthen your spirit, challenge your intellect and transform your world with new vision.

Note: Evening shows this season will begin at 7:30pm.  A Sunday matinee at 2pm will be presented select weekends. 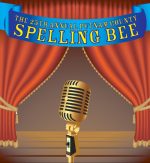 The returning champ, a lisping political savant, the home-schooled underdog, an all-around overachiever, the allergen prone, and the new kid gather to participate in the 25th Annual Putnam County Spelling Bee.  Spelling bees can be as unpredictable as the next word on the list…will you be correct or hear the dreaded bell? It’s a gently risqué, always charming musical you won’t want to miss! Can you spell s – y – z – y – g –y? 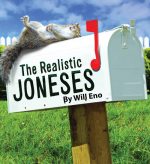 A Comedy by Will Eno

In a small town two couples share a last name and a big problem with small talk . What seems like a series of ordinary encounters becomes a captivating look at how impossible it is for words to fully capture feeling, and how miraculous it is for human beings to truly know each other. A poignant, clever, quirky, and slyly hilarious comedy from the playwright The New York Times called “A Samuel Beckett for the Jon Stewart generation.” 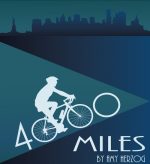 A Dramatic Comedy by Amy Herzog

After suffering a major loss while on a cross-country bike trip, 21-year-old Leo seeks solace with his feisty 91-year-old grandmother Vera in her West Village apartment.  Over the course of a month these unlikely roommates infuriate, bewilder, and ultimately teach each other.  4,000 Miles looks at how two outsiders find their way in today’s world.  “Humor, honesty and narrative subtlety make this play a rarity — a family drama that will really stick with you.”

Vanya and Sonia and Masha and Spike 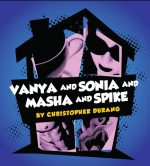 A Comedy by Christopher Durang

Vanya and his adopted sister Sonia live a quiet life in the Pennsylvania farmhouse where they grew up.  But their peace is disturbed when their movie star sister Masha swoops in unannounced with her new twenty-something boy toy, Spike.  Thus is launched a deliciously madcap weekend of rivalry, regret, and raucousness.  A riotous, full-on comedy that will have you laughing out loud.

Winner of the Tony Award for Best Play. 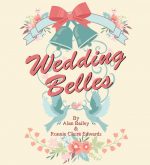 A Comedy by Alan Bailey and Ronnie Claire Edwards

It’s a beautiful summer day in 1942 and four older garden club friends are in the throes of planning their garden club meeting. But when opportunity knocks there may be one thing these southern ladies love to plan more than a garden party and that is a full-blown wedding. And knock it does! When one of them meets a wayward young woman who has arrived in town to meet and marry an infantryman before he ships off to World War II, the race is on to accomplish the nuptials in one frenzied afternoon. From the same pen as the ever -popular, “Smoke on the Mountain” musicals so loved by our Rep.