With an emphasis on the complex relationships that all of us navigate with family and friends, the season has been themed “Friends, relatives and other acquaintances” inspired by Euripides’ statement: One loyal friend is worth ten thousand relatives. 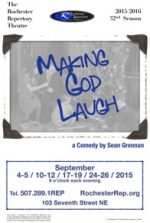 A Comedy/Drama by Sean Grennan

In 1980, Ruthie and Bill’s grown children – a priest, an aspiring actress and a former football star – come home for the holidays and share their dreams and plans for the adult lives they are preparing to launch.

As decades pass, old family rituals are trotted out and ancient tensions flare. And as time passes, the family discovers that, despite our best laid plans, we often arrive at unexpected destinations. 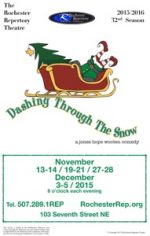 A Comedy by Matthew Barber

Two London housewives, frustrated with their bleak marriages, escape on holiday to a rented villa in Italy. They invite two very different English women to share the experience and the expense.

There, among the wisteria blossoms and Mediterranean sunshine, all four bloom again – rediscovering themselves in ways that they – and we – could never expect. 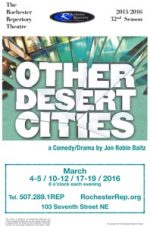 A Comedy/Drama by Jon Robin Baitz

Brooke Wyeth returns home to Palm Springs after a six-year absence to celebrate Christmas with her parents, her brother and her aunt. She announces her plans to publish a memoir dredging up a pivotal and tragic event in the family’s history – a wound they don’t want to have reopened. Drawing a line in the sand, she dares them all to cross it. 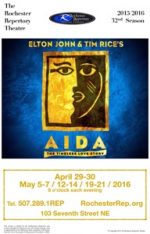 A Musical with music by Elton John and Lyrics by Tim Rice
Book by Linda Woolverton, Robert Falls and David Henry Hwang

An epic tale of love, loyalty and betrayal chronicling the love triangle between Aida, a Nubian princess stolen from her home country, Amneris, an Egyptian princess and Radames, the soldier they both love.

A triumphant love story that transcends warring nations and brings a country together.